Our philosophy is based on an admiration for Dr Herman Snellen’s work; one of which he is the creator of the epynomous Snellen Chart which has become a ubiquitous standard in medical offices. More copies of the Snellen chart has been sold than any other posters in the United States.

We aim to provide that distinct level of service.

“upmarket but family friendly, individualistic but not intimidating 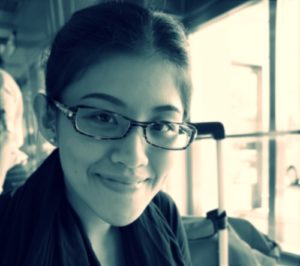 MY NAME IS STEPHANIE

My grandfather was a traditional medicine practitioner who devoted his life to his patients and lost the battle to Parkinson’s disease. His life story is the blueprint of what I am.

Having been in the field since 2003, I have been engaged in different roles and responsibilities during this time  – clinical optometry, community outreach, a teaching role, youth expedition, low vision and research.

Being independent means we are all for you. E Eye Place is about having a nice experience at the optometrist and supporting good vision.

Our team: Kerry and Lionel welcomes you!

We are locally owned and fully independent. Fully qualified team of optometrists and optical dispensers with combined experience of over 25 years. See the difference, and we believe in quality, value and convenience.